What Is The Warmest Area In Tennessee? Tennessee is an incredibly diverse state when it comes to geography and topography. It is widely known and accepted that there are three distinct areas in Tennessee: the west, the middle, and the east. If you love the sun, or by contrast, want to stay out of the heat, you’re probably wondering: What is the warmest area in Tennessee?

The warmest area in Tennessee is west Tennessee. The flat plains create a warm welcome to the hot humid winds that come from the south off the Gulf of Mexico, and the temperatures in the west part of the state average a high of 90 degrees in the summer and 50 degrees in the winter.

If you want to learn a bit more about why west Tennessee is the warmest area in the state, as well as what kind of weather you can expect there, and the areas most populated cities, you have found exactly the article you were looking for! You are going to be a Tennessee weather expert in no time.

What is the Warmest Area in Tennessee?

In general, Tennessee is considered to be quite a warm state. With hot and humid summers and mild winters, most people who live in Tennessee or have visited the state will agree, they are usually hot!

Although the eastern region of Tennessee is located in the Appalachian mountains and therefore experiences some cold winter days, it’s really the only area of Tennessee that ever gets below freezing.

The western, and specifically south western part of Tennessee has the warmest weather during the summer months, and consistently throughout the year.

Now that we know that we can find the warmest weather in western Tennessee, let’s find out why!

Why is West Tennessee the Warmest Area in the State?

Geography seriously affects weather patterns, and the main reason why west Tennessee is the warmest area of the state is because of its location and topography.

Although Tennessee is not a coastal state, the warm winds from the Gulf of Mexico come over land and into Tennessee, bringing with them an intense heat. Couple that with the fact that west Tennessee is at quite a low elevation and has extremely nutrient-rich soil that emits heat from the ground itself, and you get a very warm place.

In addition to consistently high temperatures, west Tennessee is extremely humid, in fact, in the summer, the average is an incredible 80% humidity.

So not only is west Tennessee the warmest area in Tennessee, it really feels like it!

Although you now know the average highs for both the summer and winter months in west Tennessee, you may be wondering what kind of weather you’re likely to experience there.

As we have learned, the summers are hot and humid and the winters are quite mild. While the area does experience a spring and a fall, they are still quite warm.

West Tennessee is very susceptible to tornadoes and other severe weather such as flash floods and hail storms. Because the area is so flat, the warm winds from the south meet the northern cold fronts with a fury and the area has experienced four of the five tornadoes in Tennessee so far this year.

If you love the heat, hate the snow, and aren’t too worried about tornadoes, you may be wondering which cities you can find in west Tennessee.

What Popular Cities Are in West Tennessee?

You’ve probably heard of Memphis, Tennessee, known for its music scene, delicious BBQ, and famous venues, you might be excited to know that it is located in west Tennessee!

Memphis is the second most populated city in Tennessee and it is certainly the warmest. With the average summer high at 91 degrees and winters that hardly ever fall below freezing, Memphis is a great city if you love the heat.

Jackson, Bartlett, and almost a dozen other recognized cities can also be found in the western part of the state, making it a great place to work, live, and visit.

So, what is the warmest area in Tennessee? The western plains are absolutely the warmest part of the state.

Hopefully, you now understand not only where the warmest place in Tennessee is, but also why it is so warm, what the weather is like there, and even the major cities you can find!

As promised, you are now an expert on the warmest place in Tennessee, so whether you want to pack up and head straight for west Tennessee or avoid it completely, you have everything you need to know. 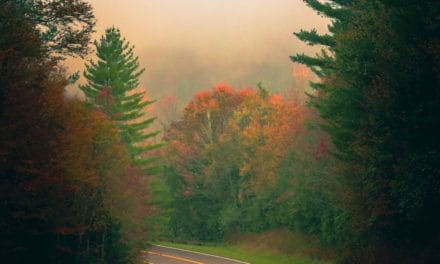