What Part of Texas Has No Tornadoes? 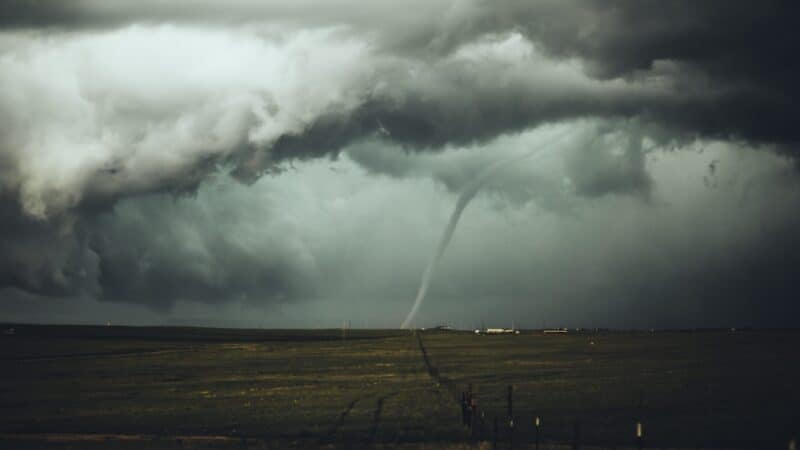 Just like any other state in the coastal region, Texas is subject to multiple occurrences of floods and tornadoes. With an average occurrence of 132 tornadoes per year, Texas is touted to be the “Tornado Capital” in the US. This frequent occurrence of tornadoes in the Lone Star State is mainly because of its massive land size and proximity to Tornado Alley.

Several areas in the state of Texas rarely experience Tornadoes. Far West Texas, El Paso, and Central Texas are some of the areas in the Lone Star State with some of the lowest occurrences of tornadoes.

If you’re planning to build or even buy a home in Texas, especially as a first-timer, knowing what areas are prone to tornadoes and severe storms will help you make the right decision. In the following sections, I’ll highlight some of the areas in Texas with the lowest tornado rates and safety tips in the event of a tornado.

El Paso is in the western section of Texas along the Rio Grande River. With a population of 649,121, El Paso is one of the more populated cities in the state of Texas. In terms of tornado occurrence, El Paso measures far lower than the state average and national average.

Also, with a tornado index score of 7.1 out of 10, El Paso is ranked 7th in Texas areas with the lowest rate of tornadoes. There hasn’t been any historical recording of tornado magnitudes higher than two and above in the El Paso area.

Since the year 1950, there have only been three occurrences of tornadoes in Presidio County, making it one of the few areas in the country with low cases of tornadoes.

With a landmass of 2.84 square miles, Van Horn is another area in the state of Texas with a relatively low occurrence of tornadoes over the past decade. Ranked 3rd in the list of cities with the lowest tornado index score in Texas, Van Horn has experienced only two tornadoes since 1950.

According to reports, the largest tornado magnitude (an F0) occurred in 2002, claiming 0 lives and injuries. Most importantly, the Van Horn area, which is home to 2,264 people, has never experienced a tornado with a magnitude two and above.

Situated in the Westside of Texas, Fabens boasts of a meager tornado occurrence rate. With an average of 4 tornado storms since 1950, Fabens’ tornado rate is lower than the Texas and national average. The last recorded case in the Fabens area is an F1 tornado, which occurred in 1992 with no history of lost lives or injuries.

Also, with a tornado index of 6.16, Fabens is one of the safest areas to buy or build a home in Texas without the fear of regular tornadoes.

If you’re a resident in Texas, you may be familiar with the constant tornadoes and the dangers associated with one. But if you are new to Texas or have recently moved to an area of the state that experiences frequent tornadoes, then you should carefully adhere to the safety tips listed below:

When buying or building a home in Texas, it is highly recommended to get a homeowners’ insurance premium that covers natural disasters like a tornado. This helps you cover the cost of repairs in the event of tornado-related damage to your home.

While Texas may boast of one of the highest tornadoes rates in the country, there are several areas where there is a relatively low rate of its occurrence. If you’re planning to move down to the Lone Star State, you should ask your agent/builder about the history of tornadoes in your chosen location as well as what weather conditions are usually like.