What Part of Alabama has the Most Tornadoes? The US Tornado index is a calculation based on historical tornado events. On this index, Alabama ranks # 5 out of all US states.  Alabama is in what is called “Tornado Alley” in the United States, and locations within the state can have lower or higher probabilities depending on where they are situated.

The frequency of tornadoes in Alabama has increased over the years.  In 2011, tornadoes were especially devastating for Alabama and the county of Cullman.  Information on what to know about these tornadoes historically and how to prepare for tornadoes is included below.

Why Does Alabama have Tornadoes?

It has been recorded that from 1950-2010 that Alabama has had around 612 tornadoes above a magnitude 2.   In recent years tornado activity across the state has been increasing in the most active months of March, April, and May.

Tornadoes occur when warm, humid air collides with cool, dry air.  The cooler air is coming from Canada, where it meets the warm air coming up from the Gulf of Mexico.  This area is known as “Tornado Alley.” Alabama is one of the states located in this zone.

In 2011, a very active year for tornadoes across the US, Alabama had a record number of 145 tornadoes touch down in the state.  At least 4 of those were recorded as being in Cullman County.

Cullman has had around 177 tornadoes historically recorded.  In the center of the state, Cullman’s location is part of the “Tornado Alley” in Alabama.  As a result of its location, the number of tornadoes can be much higher than in other parts of the state.  Most tornadoes in the state will happen in the evenings, but in Cullman has had some tornadoes touch down in the morning hours.  This was the case for one of the tornadoes that hit the city in 2011.

What is the Highest Scale of Tornadoes in Cullman?

First, it is important to note that tornadoes are classified on the Enhanced Fujita (EF) scale.  This scale classifies tornadoes by wind speed.

The average tornadoes in Cullman are between an EF2 or EF3.  However, several EF4 and EF5 (the highest rank for a tornado is an EF5) tornadoes were recorded in the county—the average distance of the tornadoes that have been recorded range from 0.5 miles up to 49.8 miles.

Due to the strength and size of these tornadoes, many cities in Cullman have had fatalities, serious injuries, and costly property damage over the years.

What was the Most Dangerous Year for Tornadoes in Cullman?

In Cullman city, the tornadoes hit:

All other cities in the tornadoes path sustained severe damage as well to commercial buildings, homes, trees, and powerlines.  Cullman County took years to recover from the damages the tornadoes caused that day.

How to Prepare for Tornadoes?

There are several sites that can be reviewed to help ensure you are prepared for any natural disaster, including tornadoes.  These include local and national agencies.  The most popular of these agencies is FEMA (Federal Emergency Management Agency).

A tornado can happen at any time, so it is important always to be prepared in case of an emergency.  The information that is important to review includes:

When preparing for a tornado, some important things to remember are knowing the risk of a tornado in your area.  If you are in the mid-west and southeast, then you are at a greater risk for tornadoes and will want to have a safe shelter identified.

It is also important to pay attention to the weather reports and sign up for your communities warning system so you can be notified of any threats.

To stay safe during a tornado, you will want to go to your identified safe location and pay attention to the weather alerts and instructions.  It is also important to protect yourself by putting things such as furniture of blankets around you.  You never want to try to outrun a tornado in your car, so it is also important to notate safe areas in your community.

After a tornado has hit, it is still important to pay attention to the updates and notifications from local authorities to make sure it is safe.  It is also important to stay clear of any fallen power lines and wear appropriate safety gear during clean-up.

For more information on preparing for a tornado, you can visit ready.org.

The area with the most tornadoes in Alabama is Cullman County.  However, the rest of Alabama is also known to have numerous tornadoes.  During March, April, and May, tornadoes are more prevalent and can be extremely dangerous.

Regardless of which area has the most tornadoes, it is extremely important to know: the signs of a tornado, to stay informed and have a location where you can seek shelter. 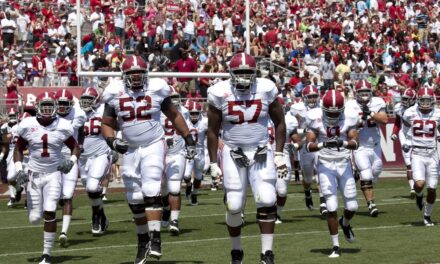