What Part of Missouri Gets the Most Tornadoes? Missouri is part of a strip of land called Tornado Alley, which is an area that gets more tornadoes than any other area of the United States. However, certain areas are more impacted by tornadoes than others. The main reason some areas receive tornadoes more often is because of differing weather conditions.

The following article is a more detailed description of why Kansas City, Missouri, gets so many tornadoes. It also includes a brief guide on how to stay safe during a tornado.

Kansas City, Missouri, is right on the border between Kansas and Missouri. These two states are some of the most susceptible areas in Tornado Alley and thus experience high intensity tornadoes.

Kansas City, Missouri, is the most vulnerable to tornadoes because of its neighboring state, Kansas. Kansas has access to the weather conditions necessary for a tornado, most importantly the right air. The Rocky Mountains provide a source of cold and dry air, while the Gulf of Mexico provides warm and moist air.

When these two air sources collide, they form a tornado. Even if the tornado is formed in Kansas, it can travel across state lines quickly. The fact that both Kansas and Missouri are in the center of Tornado Alley doesn’t help their circumstances.

On average, Kansas City, Missouri, experiences more than 30 tornadoes per year. These tornadoes usually occur during the spring season and vary in speed and intensity.

What is The History of Tornadoes in Kansas City?

The deadliest tornadoes to hit Kansas City, Missouri in history occurred in 1957 and 2003. They are known as the 2003 tornado outbreak and the Ruskin Heights tornado of 1957.

The Ruskin Heights tornado occurred on May 20, 1957, and caused tremendous damage in Kansas City, Missouri. The tornado created a 71-mile long path through the following states:

A total of 44 people lost their lives, and the tornado caused over 2.5 million dollars in damages.

The tornado outbreak of 2003 didn’t result in a massive loss of life, but it did cause substantial damage to the north and west sides of the county. As a result, it has earned a spot in the tornado history of Kansas City, Missouri.

How Many Tornadoes Does Missouri Have Each Year?

The entire state of Missouri has an average of 45 tornadoes each year. More than half of those occur in Kansas City, Missouri, making it the most affected county for tornadoes.

Tornadoes occur the most during April and May. Missouri experiences an average of 8 tornadoes per year in April. The number increases to 12 per year in May, then averages down to 1 to 3 tornadoes a year during the rest of the year.

How Can I Stay Safe During Tornadoes?

A few tips you can use to stay safe during a tornado include:

Tornadoes have become easier to predict with modern weather technology, but it’s still important to be prepared at all times in case one forms.

A good tool to have on hand at all times is a tornado preparedness kit. This kit should have everything you need to make it through a tornado, including:

The kit should be kept somewhere safe and easy to access. This will ensure that you can grab it quickly and then get to safety when you need it. In addition, your radio or TV will help keep you up to date with weather conditions. These are important to know since you want to make sure you stay inside the shelter until the storm has passed.

The type of shelter you hide in is also essential. You want to avoid rooms without windows since the harsh winds can cause them to shatter and cause injuries. If you can, it’s also advised to take cover underneath a heavy table if you haven’t reached the shelter.

The county of Kansas City, Missouri, has the most tornadoes in all of Missouri each year. But they are, fortunately, easier to predict today because of innovations in weather related technology. So the sooner we know they are coming, the sooner we can prepare for them and safely wait for them to pass. 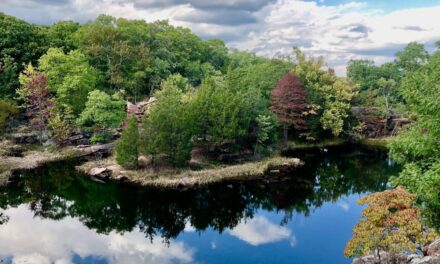 Which City in Missouri Has the Best Weather?