It is pretty well known that Florida is celebrated as the Sunshine State. Florida residents are blessed with sunny weather year-round. However, which city within Florida has the best weather?

When it comes to the city in Florida with the best weather, many experts point to Vero Beach. Located on the Atlantic coast, Vero Beach has the perfect climate and location to enjoy for living, vacation, or retirement. This is both due to the white sandy beaches, as well as the overall average daily temperature.

However, there are many cities in Florida that can claim to have the best overall weather. A few years ago, 24/7 Wall St. published a report on the 25 cities with the best weather. Out of these 25, eight of them were in Florida! So, what actually makes Vero Beach the top choice?

Why Does Vera Beach Have the Best Weather in Florida?

So, what factors should we consider when judging Vero Beach? The city’s overall annual average temperature, its geographic location, and the low amount of extremely cold days help Vero Beach stick out from many of the other strong contenders.

The most important factor that the above-mentioned study observed was the annual average temperature. The 24/7 Wall St. study used data provided by the National Oceanographic and Atmospheric Association (NOAA) to determine the temperature averages over the past 30 years.

According to the NOAA, Vero Beach had an annual average temperature of 73 degrees; this is quite an impressive figure considering that it is also taking the winter months into account.

To give you a few comparisons, the annual daily temperature in sunny Santa Barbara, CA is 59 degrees, and Jacksonville, FL (another Top 25 member from Florida) had an average of 68.5 degrees.

As a general rule, higher temperatures mean sunnier days and overall better weather. Vero Beach’s strong average daily temperature certainly plays an important factor in its position as the city in Florida with the best weather.

Location Along the Atlantic Coast

Within Florida, there is a dispute as to whether the Atlantic Coast or Mexican Gulf Coast is the better option. Both sides have a strong claim. The gulf coast is known to have great weather, and the white sandy beaches are amongst the best in the world (Clearwater Beach is constantly ranked in the Top 10).

However, this part of the state is known to receive more rainfall and stormy weather. Not to mention that the last few rounds of hurricanes greatly affected this part of Florida more than the rest.

The Atlantic coast, where Vero Beach is located, is known to have slightly less beautiful beaches but much less rain and storms on an annual basis. The average annual temperature is also slightly higher for the Atlantic side of the state. So, while Atlantic coast residents make a slight sacrifice in their beach quality, their overall weather and conditions are better.

And don’t get me wrong, the beaches on the Atlantic side are still amazing. They just fall a little short of the iconic white sandy beaches of the gulf coast. For this reason, Vero Beach beats out Florida gulf cities such as Tampa, St. Petersburg, or Ft. Myers (although all of these made the Top 25).

Temperatures Hardly Ever Drop to Below Freezing

It may come as a surprise to some, but cities in Florida and other “warm” states can still get quite cold. This phenomenon is especially seen at night when the sun sets during the winter months. It is not uncommon for people in Florida to wear shorts and a t-shirt during the day and then need long pants and a sweater (or jacket) for the evening time. It can also snow at times!

When it comes to a low amount of extremely cold days, Vero Beach also does quite well. There are not too many days when the temperature drops below the freezing point.

According to the 24/7 Wall St. report, Vero Beach only had one day of the year where the temperature dropped to below freezing. Meanwhile, other Florida cities such as Gainesville (17 Days), Daytona Beach (5 Days), and Jacksonville (15 Days) came close but didn’t quite match Vero Beach’s low numbers.

Other cities on the list outside of Florida also did not do quite as well. For example, Del Rio, TX had 15, and Corpus Christi, TX had five days. This low number of below-freezing days is another factor that helps Vero Beach seal its ranking as the best city in Florida for its weather.

After analyzing annual average temperatures, the Florida Gulf versus Atlantic Coast, and the number of days of below-freezing weather, we can conclude that Vero Beach does, in fact, have the best weather in Florida. However, many other cities in Florida also made the Top 25, so it is quite safe to say that Florida really is the Sunshine State! 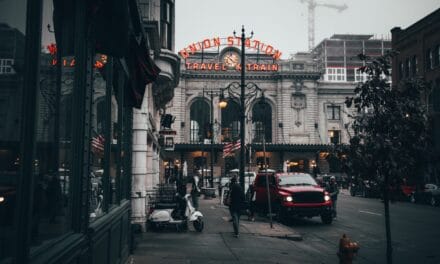