Oklahoma is a state with great weather for travelers and those looking to move. But, if you plan to visit Oklahoma, there’s one city with the best weather that will enhance your trip.

The city with the best weather in Oklahoma is Shawnee. With over 230 days of sunshine and mild temperatures during winter, this city outshines the rest of the state.

Shawnee is great to enjoy the weather along with events that take place around the state. To best prepare for the travel, let’s look at the temperature in this city.

Shawnee’s climate is labeled as warm and temperate. This means the winters and summers have temperatures that favor those who enjoy warmer seasons.

This table from Climate Data shows what temperatures are like in Shawnee year-round:

This city is a perfect match for those who are not fans of below-zero temperatures and winter storm warnings. However, this does not mean snow is out of the picture. Let’s dive deeper into what winters are like in Shawnee.

Are Winters Bad in Shawnee?

As mentioned above, Shawnee’s temperatures during winter are tolerable. But if you visit during this season, there are a few things you should know.

Here’s what to keep in mind regarding Shawnee’s winter and snow:

In the past, snowfall has been more significant, but the climate has changed over the years, bringing more tolerable winters. So, even though it rains more in the winter than snow, let’s cover how much it rains in Shawnee.

How Much Does It Rain in Shawnee?

For those who prefer outdoor activities during a trip, rain can be a showstopper to those plans. This is no exception for Oklahoma; you might be curious as to how much it rains annually.

On average, in Shawnee, it rains four to five days out of the month. The spring season is when it rains the most, compared to the entire year. The season with the least amount of rain is summer.

During the spring season, May experiences the most rain with five inches. In general, each month will have two to four inches of rain.

Lastly, Oklahoma is famous for being a state within Tornado Alley. This means tornadoes frequently occur in the state. The following section covers what you should be aware of regarding tornadoes in Shawnee.

Some travelers are not comfortable with visiting states prone to tornadoes. But, on the other hand, if Oklahoma is still your next destination, there are a few things to note about the weather phenomena in this state.

Because Oklahoma is closely tied to Tornado Alley, it’s crucial to understand when tornadoes occur and their impact. To learn about the history of Shawnee’s tornadoes, here is a document that dives deeper.

With warm winters, less snow, and sunny days Shawnee is a great place to visit in Oklahoma. Whether you are looking to visit for a week or settle down in this state, Shawnee is a city that provides the best weather. 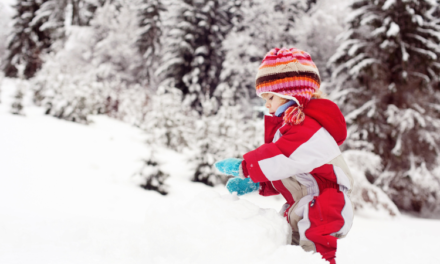 7 Reasons Why Oklahoma Is Undeveloped