What City In Oklahoma Has The Lowest Humidity? Oklahoma as a state is known for its intense humidity during the summer months. The wind generally comes in from the south along the Gulf of Mexico and brings humidity and intense heat with it. But Oklahoma is a big state, and you may be wondering, what city in Oklahoma has the lowest humidity?

Oklahoma City has the lowest humidity rates and forecasts in Oklahoma. The average for the year is 54% humidity, compared to the state’s average of 60%. However, the capital city still experiences intense humidity during the summer, for example, in May the average is 70%!

In this article, we are going to break down the humidity highs, lows, and averages for Oklahoma City and how they compare to the other various cities in the state. So keep reading, because in the next few minutes, you are going to know everything there is to know about humidity in Oklahoma.

What City in Oklahoma Has the Lowest Humidity?

As you now know, Oklahoma City is known to have the lowest humidity in Oklahoma with a daily average of 54%. Of course, this number is taken from averaging each day of the year, but in fact, summers can get far more humid.

Here are the maximum and minimum daily humidity averages found in Oklahoma City throughout each month of the year:

This just goes to show that while it does have a low humidity percentage compared to the rest of the state, Oklahoma City is not free from experiencing some seriously humid days!

If you’re not a weather meteorologist and don’t quite know what a 48.1% of humidity really means, don’t worry! In the next section, we will describe what is low and high humidity.

Realistically, a moderate amount of humidity, not too high and not too low, is considered the “best.” In fact, choosing a location to live with humidity that is considered too high or too low can actually affect your physical health.

According to the EPA, an average humidity of between 30% and 50% is best for the sinuses, but raising the humidity to above 43% will actually decrease virus particles, making it less likely to become sick!

In following these recommendations, Oklahoma City falls in the high humidity category but just barely!

Of course, your personal preference also makes a big difference, so whether or not low humidity or high humidity is better also depends on you.

What is the Average Humidity for Oklahoma?

Overall, the average humidity in Oklahoma state is about 60% in the panhandle and a whopping 70% in the southeast counties.

Compared to the statistics we read in the previous section, it’s clear to see that in general, Oklahoma has quite a high humidity.

Luckily, Oklahoma City’s average at 54% is slightly lower, but it is still considered high compared to the rest of the country and the EPA recommended percentages.

If you decide to visit or live in Oklahoma, you should certainly be prepared for humid summers and even generally high humidity in the winters. Now let’s find out why Oklahoma is so humid!

Why is Oklahoma so Humid?

Along the Gulf Coast to the south of the United States, warm air comes from the south and hot winds blow across Texas into Oklahoma.

Because of this hot wind, Oklahoma is characterized as a subtropical humid climate, which means the summers can feel incredibly muggy.

Once again, if you do not enjoy extreme humidity, you can still love life in Oklahoma! However, you will probably be most comfortable in Oklahoma City as it has the lowest humidity average in the state at only 54%.

So, what city in Oklahoma has the lowest humidity? Now you know that the capital city of Oklahoma City does. With only a 54% average each year, Oklahoma City is actually quite a bit less humid than the state’s average of 60%.

And of course, now you also know what these percentages mean for your health and even why Oklahoma is so humid so you can decide for yourself whether you want to visit or live in Oklahoma and what the humidity will be like throughout the year! 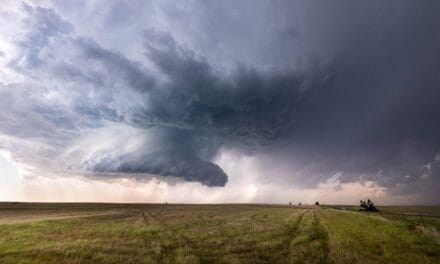